You can to make your own food and decide how it’s going to taste. That is, of course, if you’re an experienced chef. If you a neophyte to this sort of thing, it’s best to have some help around. Nevertheless, cooking is a fun and cathartic way to enjoy the very best in life.

It’s just you and the food, or so it seems. When you’re cooking, no matter how experienced you are, you always have to be careful. If not for yourself, then for the people around you as well as your own home.

If you’re too preoccupied with your cooking that you don’t see what’s going on, chances are you might start a fire. However, this doesn’t have to be the case. There are certain ways of cooking that you can incorporate into your own special methods that will ensure that at the end of the day, you’ll still have a house and a delicious meal on the table. Here are some of them for you to be guided by.

Always Be Aware Of What You’re Doing

As mentioned earlier, and this can’t be stressed enough, you have to be aware of what you’re doing. Even if you’ve already made what you’re making a thousand times before, and you know the recipe front and back, this doesn’t make your cooking any less susceptible to starting a fire. If you’re not fully aware of what you’re doing, certain accidents might occur that can lead to flames beyond your control. In relation, you also have to be aware of your surroundings. You may be too focused on your dish that you don’t know that some parts of your kitchen may already be up in flames and it could be too late. 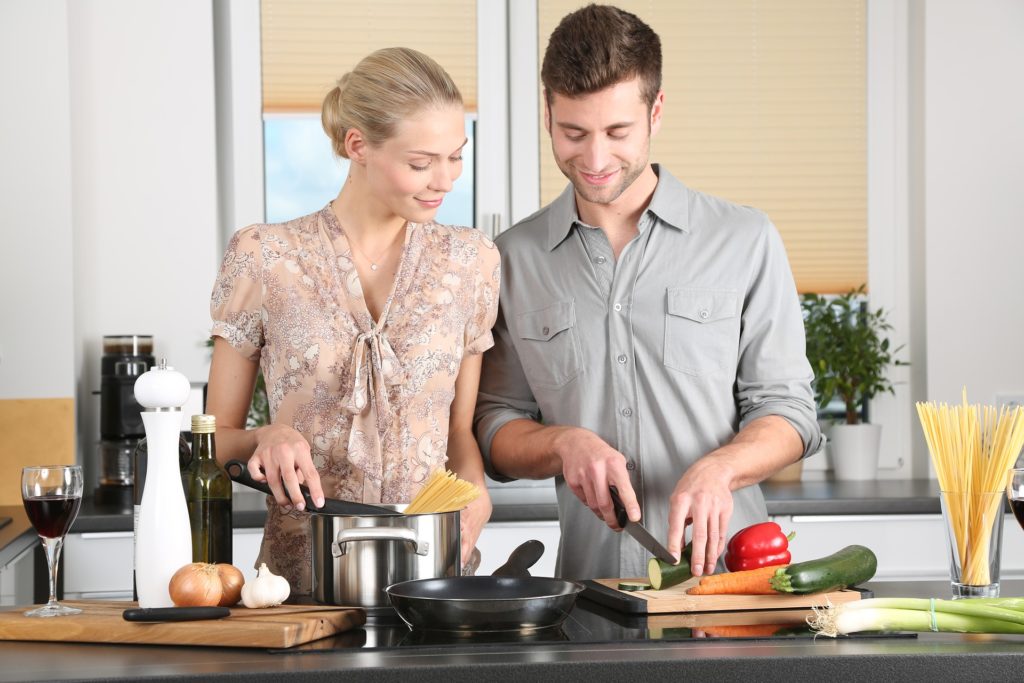 Clear Any Dry Objects Away

Part of what staying aware of your surroundings is taking away anything that can be dangerous. In terms of a fire starting, various dry objects that can be extremely flammable have to be far away from your stove as possible. The likes of paper, dry cloth, lint from dyers. and more do not have any place within your kitchen while you’re cooking. If you do need some cloth, dampen it a bit so it’ll be moist and it won’t easily burn and suddenly become engulfed in flames. As with paper, lint, and others, they don’t have to be in your kitchen in the first place. Throw them out so you’ll have a safer home while you’re cooking. 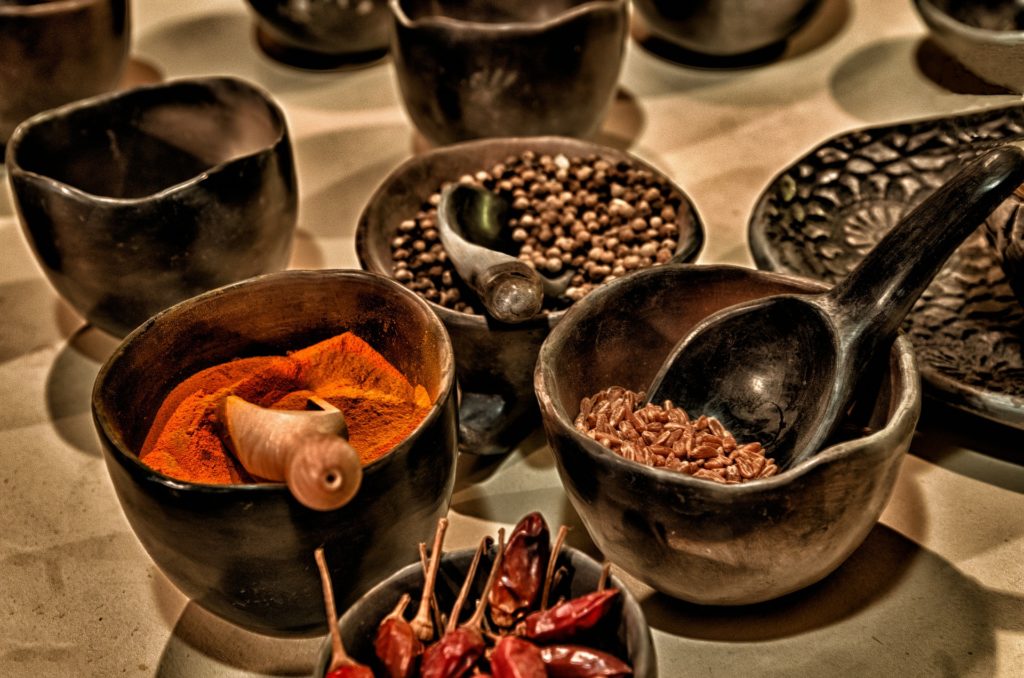 In the same vein, while dry objects should be prohibited in your kitchen, water, on the other hand, should be abundant. Be it on a jug, a glass, a cup, a pitcher, or any other container, keeping water handy can ensure that any flame that would suddenly appear can be extinguished as soon as possible. These types of accidents usually occur when you least expect it so it’s best to be fully prepared even before you turn your own stove on. And just because you’re an experienced cook doesn’t exempt you from committing mistakes or getting into accidents that might involve a flame or two. 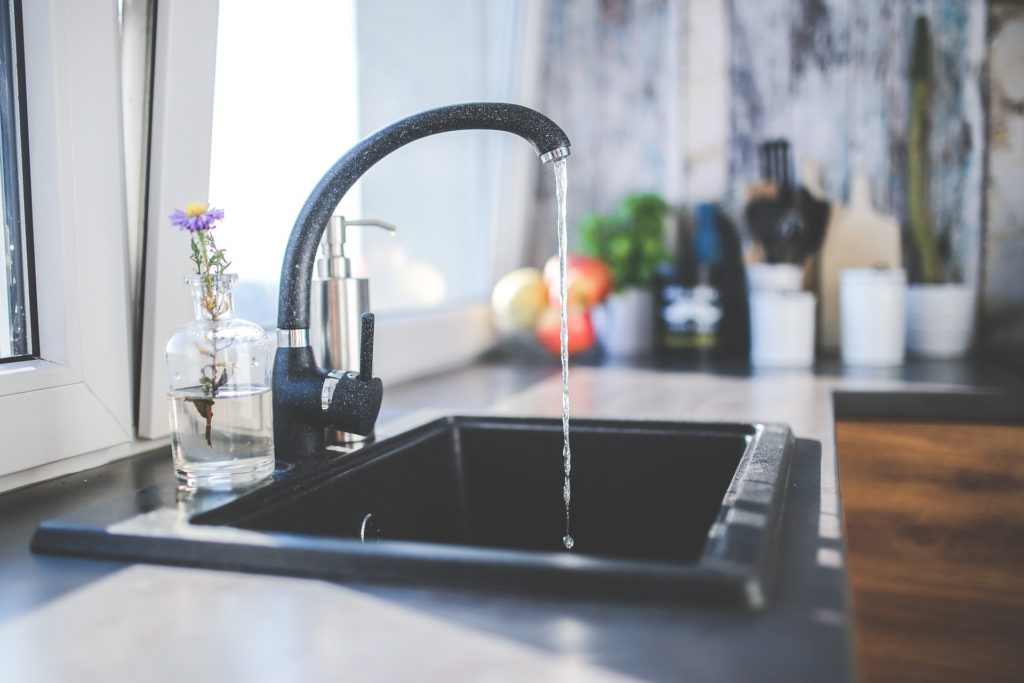 Use Low Or Medium Heat Only

When using your stove, try to stay within the low or medium levels to avoid any chances of fire. In fact, there’s little to no need to go beyond anyways. High-heat cooking is often discouraged as it can take away all the vitamins, minerals, and nutrients in the food that you need for your health. But in terms of avoiding fire, it’s also highly inadvisable as the flames might get too strong for you to take control. And when this happens, rest assured your kitchen, and even the whole house, is in danger of getting engulfed in flames in no time. 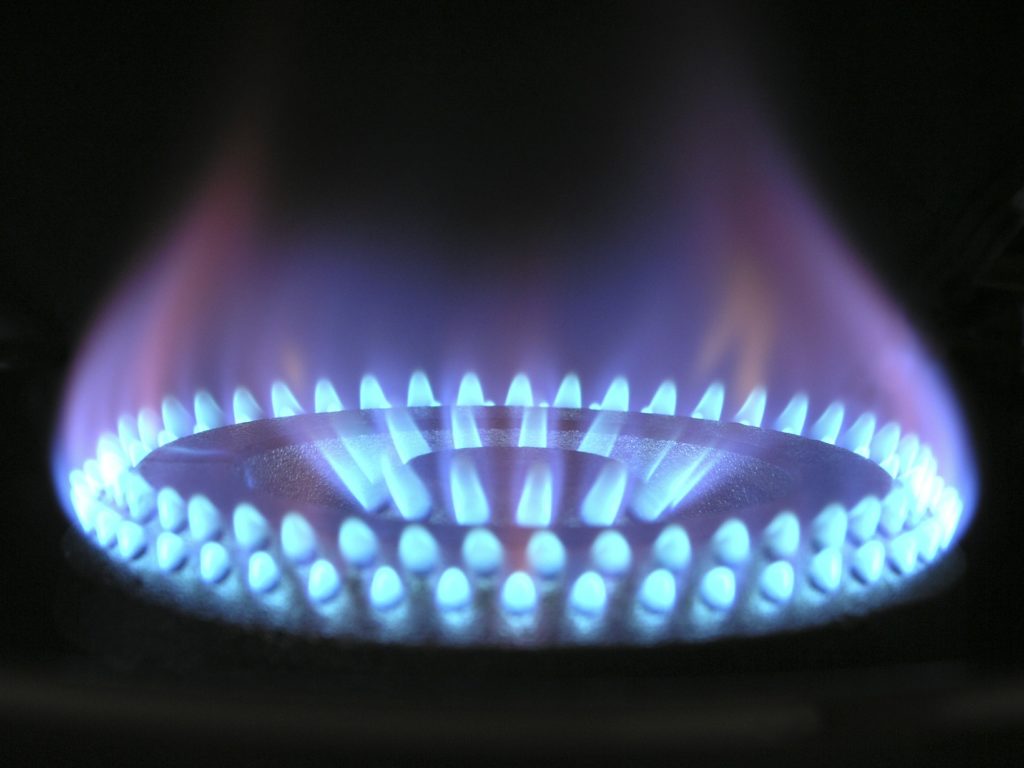 Ease Up On the Gasoline

When you’re cooking on the stove, you’re going to need gasoline to start the fire. But you’ll only need enough to start the fire so make sure you ease up on your use before and while you’re cooking. Before anything else, know how much you need to start a fire on your stove and only use up the suggested amount. Don’t ever go beyond as it’s both unnecessary and dangerous once you already have your flames! While your cooking, try to smell the air to see if there’s still gasoline there especially before the fumes from your dish take hold of your nose and it’ll be more challenging for you to distinguish which is which. 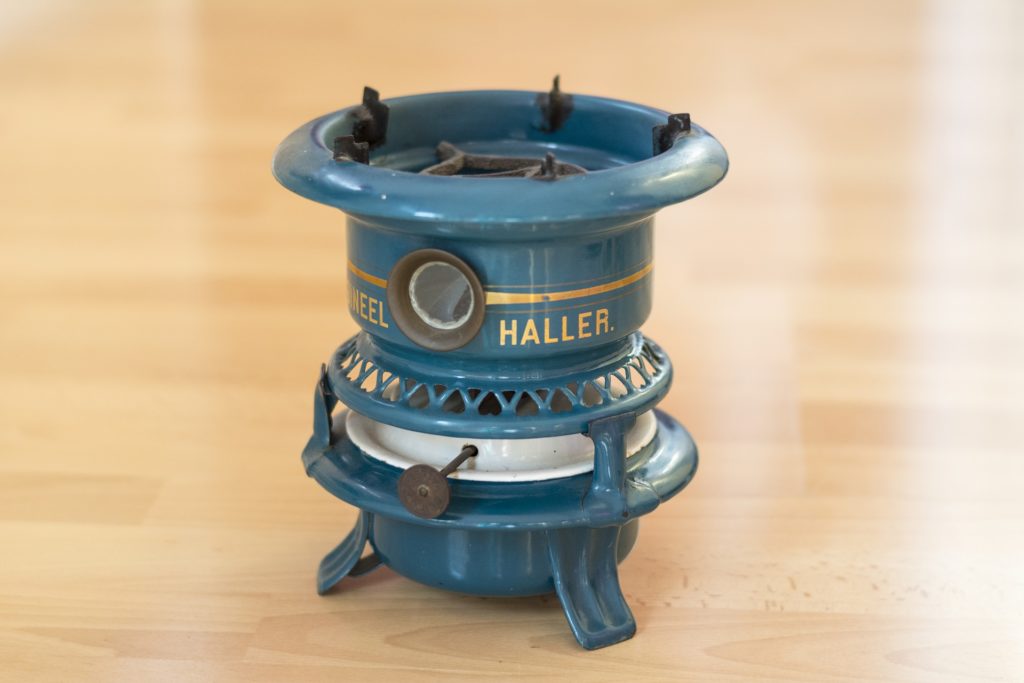 It’s understandable that you want to show off your cooking skills, but leave that to how your dish will taste and not while you’re actually cooking. When making pancakes, for example. You might be tempted to do some flips, as high as you can, to show that you’ve mastered the art of making the beloved breakfast dish. But if you simply play while cooking, you never know where your flames might end up on. You’re too busy doing your tricks that suddenly, there’ already a flame forming int he kitchen. To avoid such situations, don’t do fancy tricks while you’re cooking. 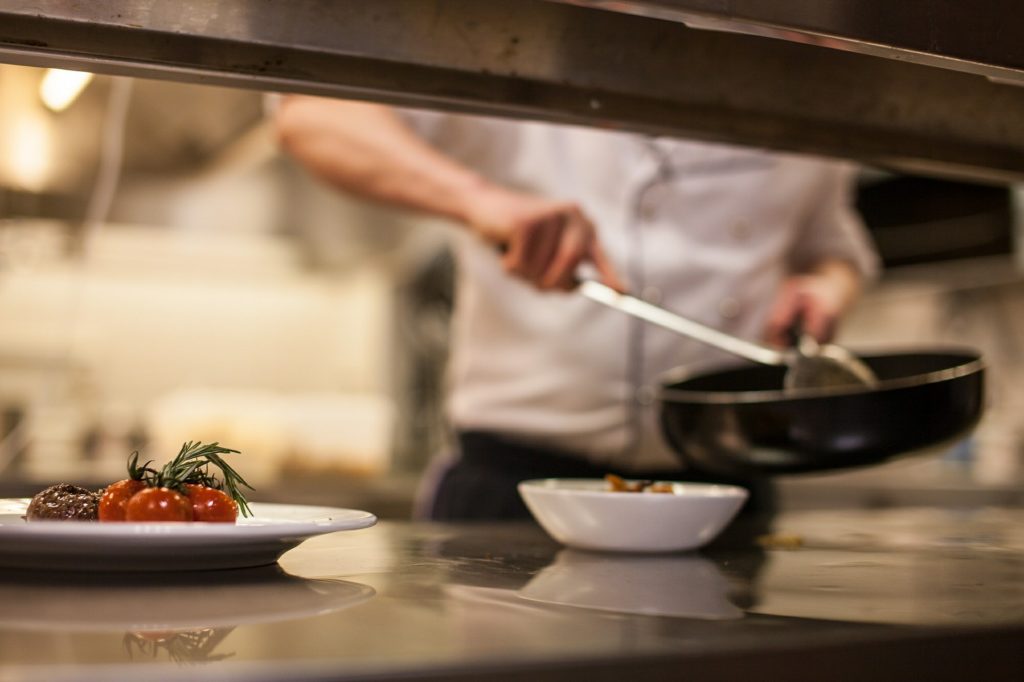 Apart from gasoline, other liquids, some of which are incorporated on various recipes, can also be highly flammable. One example is wine. In many exotic dishes, wine is needed to enrich and increase the flavor of the dish. If you’re making such a dish, only stay within the amount required on the recipe. Anything beyond can possibly lead to a disaster. This goes for other alcoholic beverages that might be incorporated into other recipes as well. But if the wine is not needed at all, avoid using it near the stove at all costs. You can drink it during dinner, but don’t touch it while making dinner.

Clean Stove After Use

Finally, it’s important that you clean your stove properly before using it again. After you’ve eaten your meal, go back to your cooking area and tidy up the whole place. Be on the lookout for blobs of gasoline, wine, oil, and other liquid blotches that are highly flammable. Leave no part uncleaned as it can lead to a bigger and possibly disastrous accident the next time you decided to cook. 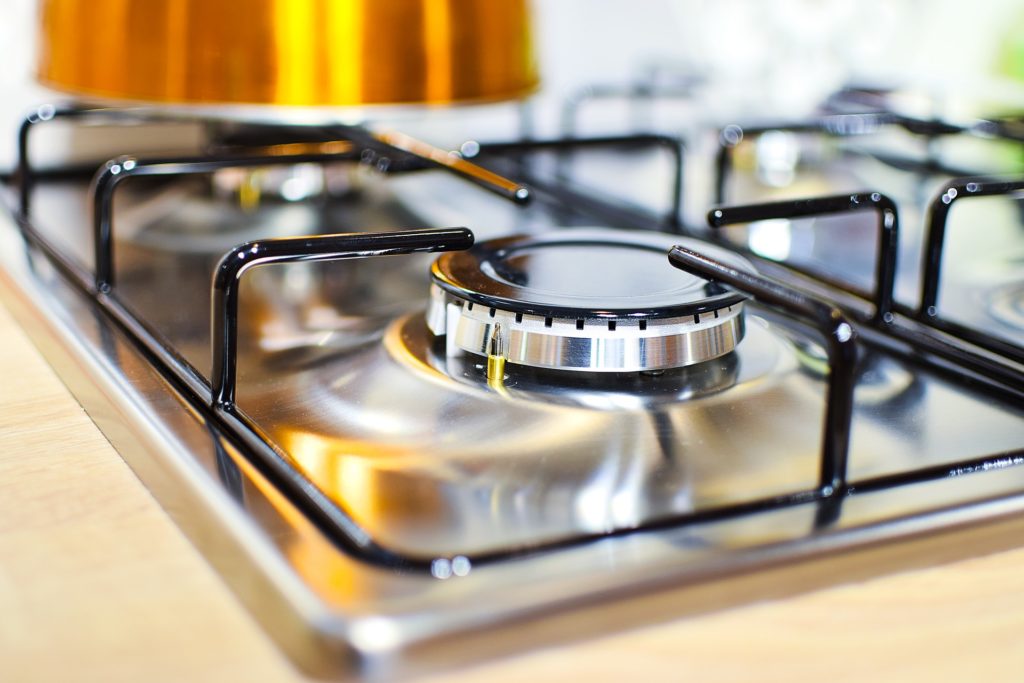 Cooking doesn’t have to be as dangerous as it seems. As long as you’re following the recipe correctly and you follow these important tips, you’ll do fine and have a delicious meal afterward!