Fires can start from anywhere. It pays to be diligent in knowing which possible sources a spark can come from. And from such a spark, it can grow into a small fire until it expands into a terrible disaster.

Nowadays, just about anything can start a fire, particularly technology. Although your home appliances are there to help with all sorts of organizing, storage, lighting, and more for your house.

A lot of them are actually fire-hazards.

There are those that are more obvious, such as lamps and stoves, and those that you might not even think was possible of starting a fire at all.

You have to be extra careful about where you plug certain electronics in, how long you leave them on, and prevent them from getting too hot. These are just some factors in which your appliances can start a spark that might lead to the destruction of your home. But which ones should you truly look out for? This is a helpful list of them.

Probably one of the most obvious fire-hazardous appliances in your home is your lamp. If you leave them on for too long, the light bulb might explode and start a spark that can lead to small and big fires. And if you place mirrors or glass too close to them, this can also lead to a fire. The best way to prevent this is to only turn them on when necessary. As much as you can, get the light from the outside instead of exclusively relying on your lamps.

Because of all the wiring, people mistake desktop computers as the only gadget that’s a fire hazard and that laptops are much safer to use. This isn’t necessarily all that true. Laptops are also quick to heat up, especially when left on soft surfaces such as your bed, a plush chair, the sofa, and the like. This blocks the electronic’s air vents from cooling off, storing too much heat inside it that’s enough to spark a flame and eventually spread into a house fire. 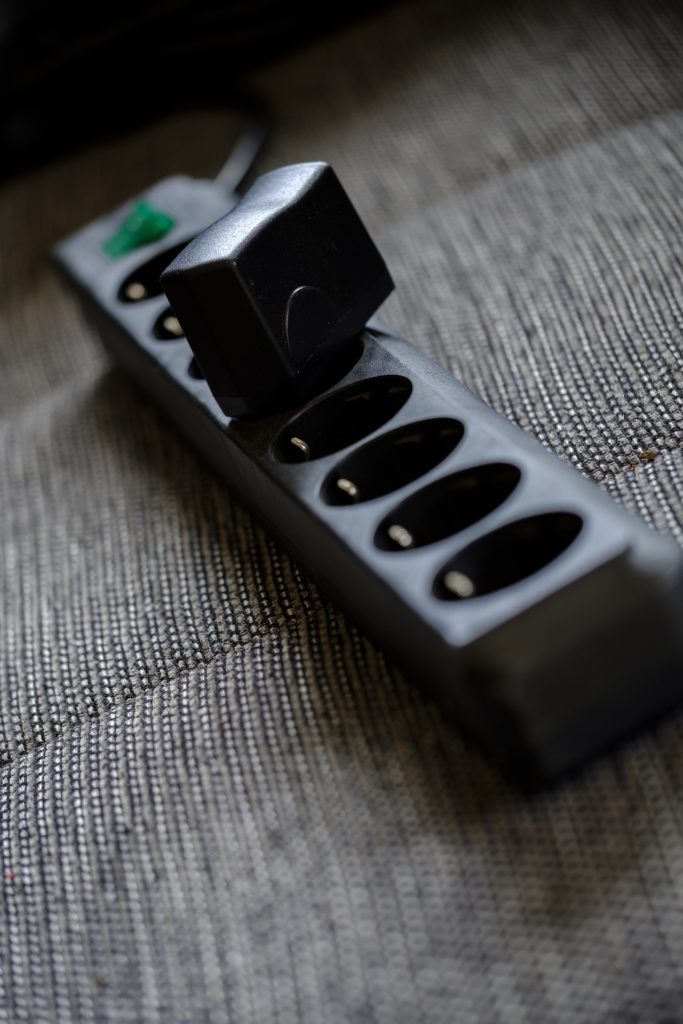 Similarly to laptops, chargers can also become too hot that they’re able to start fires. Some of you might have even bought fake ones, since they’re cheaper, to use on your gadgets. Refrain from doing so as the fake chargers are the most susceptible to sparking up and starting a fire. They may not even charge your batteries to their fullest before getting too hot. And when you plug them to the wrong sockets, sparks are definitely going to fly and possibly cause major flamage.

When you dry your clothes in your dryer, you’ll notice that there will be some lint formed inside after you used it. It’s massively important that when you do see them, you should throw them out as far away from your house as possible. These cloudy dust balls are fire hazards, making your dryer one as well. When exposed to intense heat, dryer lint can easily ignite a fire and it’ll be more difficult to put out than those started by matches and candles. 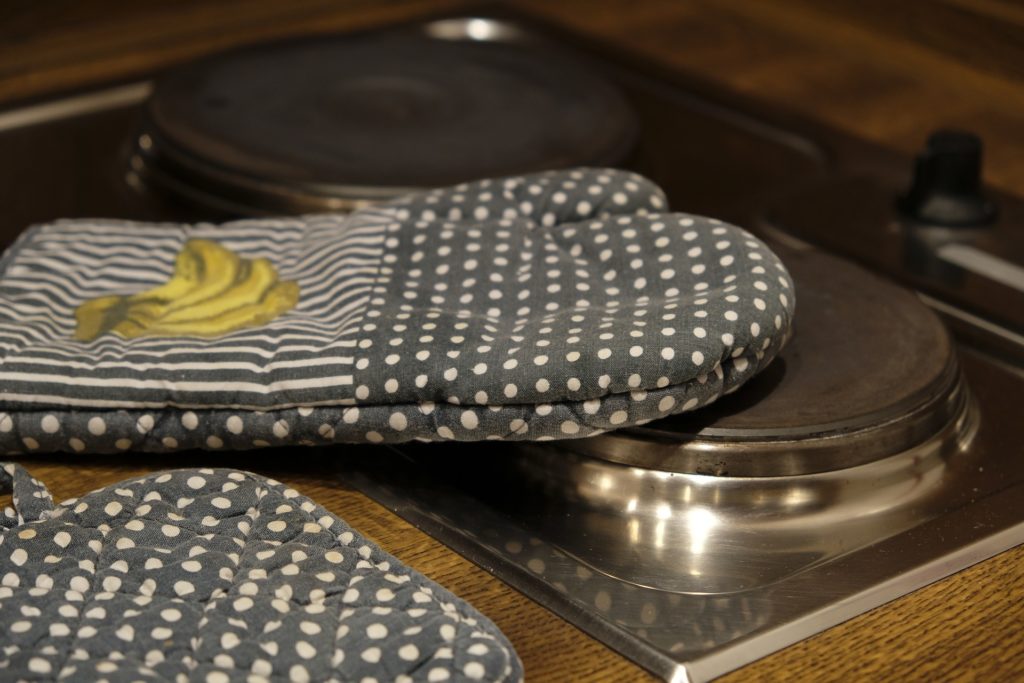 It can’t be stressed enough that appliances that are turned on for too long get to be so hot that it’s easy for them to start a fire. This applies most to your stove. Even when it’s an electric stove, if the heat has become too intense and it’s exposed to other flammable objects, it’s a definite recipe for disaster. There’s also the gas-lit stoves, which actually make use of flames in order to start. If you’re unable to control such flames when you’re cooking, you’re bound to have a disaster on your hands.

The same goes for toaster ovens. If you leave this appliance on for too long, it gets to be too hot that it’ll easily start a fire. Toaster ovens are especially dangerous since they’re considerable hotter than both ordinary ovens and toasters. And when you leave a flammable object resting on the appliance when it’s turned on and has gotten too hot, such as paper or a dry piece of cloth, rest assure those items will go up in flames, and in no time, will spread a wildfire throughout your house. 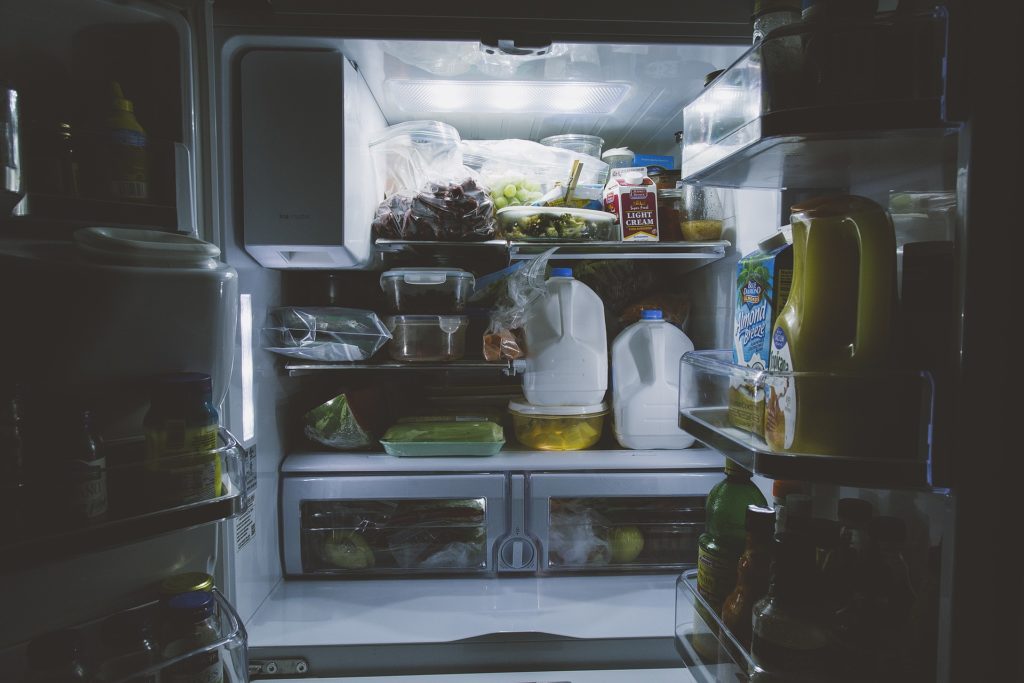 Sometimes, the appliance itself isn’t the problem, but rather the wiring behind it. Out of all the regular and normal appliances you have in your home, your refrigerator most probably has the most complex and complicated wiring behind it. It makes use of multiple wires that should all be plugged, as well as other features that control the temperature of the machine. You should take a look at the back of your refrigerator every once and a while to ensure that a fire won’t be started anytime soon.

Similarly to refrigerators, power generators can also ignite fire due to over-wiring. In general, power generators are there to power up your appliances, but using it on too many electronics can be extremely dangerous. If you’re television, your charging laptop, and your video games are all powered by one generator, there are more chances of it blowing up and sparking flames that can easily spread across your house. Just avoid doing so and you’ll most probably be fine and fire-free. 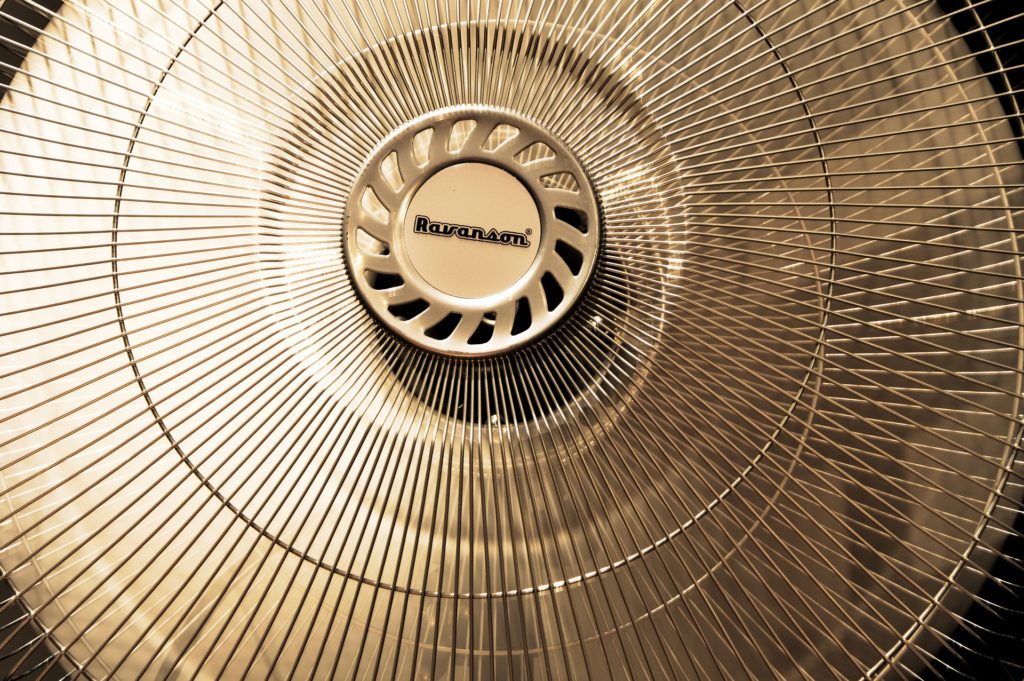 Ironic that something that’s supposed to make you cool can also lead to a fire. Electric fans, when they’re not working properly, can get extremely hot and gaseous that it’s easy to ignite a fire around it. Some, when they’re not working, give off a weird and smelly type of gas that, when exposed to flames, can exacerbate them and start a wildfire. In the same context, electric fans can also help spread already existing flames by simply gently blowing them to spread from the source and onto other flammable objects.

You might be thinking, “How can a sewing machine start a fire?” Firstly, not all sewing machines can, but some portable ones that most homeowners have handy in their houses contain their own bulbs. They’re there to help shed light on the small stitches done by the machine. But if you plug your machine to the wrong power slot, say a 1-10 to a 2-20, the bulb will explode right then and there and can spark some dangerous flames. Be sure to be extra careful where you plug your sewing machine, especially if it has a lightbulb. 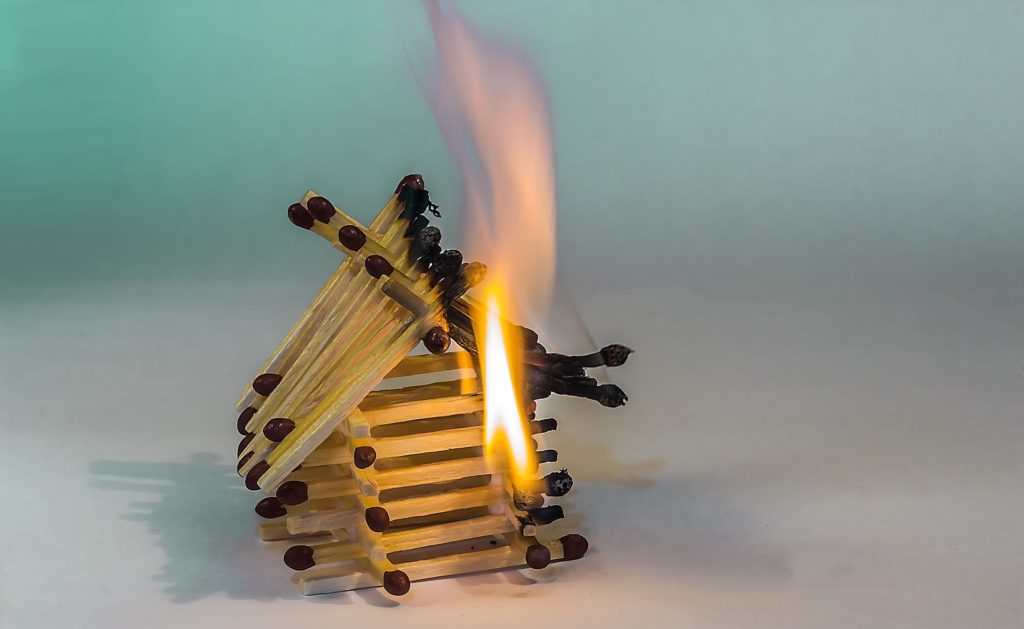 Never underestimate the power of an electronic to start a fire. Always be careful when using and navigating them as you’ll never know when tragedy can suddenly strike!